Sometimes we hear Christians speak derogatorily about education. There is a certain strand of thinking that sees education as a secular pursuit, not worthy of a spiritual person’s pursuit. This should not be so. Education is good. It is a real privilege. It was, of course, Christians that brought about the first publicly available education systems in Europe and North America. In fact, until the 20thcentury education was almost exclusively the work of the church (source).

This is a natural outflow of a religion that values written Scripture, which appeals to thought, “’Come let us reason together’ says the LORD” (Isaiah 1:18). Christians are called to “be transformed by the renewal of [their] minds” (Romans 12:2). One who aspires to be righteous must be a careful thinker, “The heart of the righteous ponders how to answer” (Proverbs 15:28). Jesus appeals to his followers, “ Behold, I am sending you out as sheep in the midst of wolves, so be wise as serpents and innocent as doves.” (Matthew 10:16)

So what kind of education should Christian parents seek for our children? How can our children be equipped to reason, to transform their minds, to ponder their answers, and to be wise?

We might ask whether our public schools, with their professional educators, professional curriculum and established University pathways are the best option. They have a lot going for them. We might wonder if private schools are a better option. What about Charter schools that are Christian focused? They use the public-school curriculum, generally but have added Christian classes and spiritual emphases? Should our children perhaps be in explicitly Christian schools? Many believe that home-schooling is the best option. Then, when primary school is over, what should we encourage our children to do: Trade school? University? Bible College?

First, Christians should and do have a High View of Education.

Christianity is a thinking person’s religion. “To the spiritual man, knowledge is the principle thing.” Clement, a second-century church leader writes:

As a consequence, he applies himself to the subjects that provide training for knowledge. He takes from each branch of study its contribution to the truth. So, he studies the proportion of harmonies in music. In arithmetic, he notes the increasing and decreasing of numbers and their relations to one another [Studying] geometry, which is abstract logic, he comprehends a continuous distance and an unchanging essence that is different from these bodies. Again, through astronomy, he is mentally raised from the earth; he is elevated along with the heavens (ANF 2.498*)

Clement is not alone. Fifty years later one of the most important thinkers in Christian history would quote a heretic, “Celsus has claimed that it is a saying of many Christians that ‘the wisdom of this life is a bad thing, but that foolishness is good.’” To this, he answered, “I have to answer that he slanders the Gospel.” In another place he writes, “Truly, it is no evil to have been educated. For education is the way to virtue” (ANF 4.402; 484).

The Reformers were equally convinced of the virtues of education. John Knox praised the education system in Calvin’s Geneva. When he had come into a place of influence in Scotland, education became a priority: “In 1559, Knox had expressed his clear vision for education in a reformed Scottish nation:

For the preservation of religion, it is most expedient that scholes be universally erected in all cities and chief townes, the oversight whereof to be committed to the magistrates and godly learned men of the said cities and towns. (Knox 1559)” (source).

Second, Christians Should and Do have a Christian view of Education.

We are blessed to live in a time and place where education is commonplace and universal. In fact, school is often compulsory in the Western world, “children must attend school from ages 6 to 16” (s. 13(1) of the School Act, RSA 2000, c S-3). But not all education is equally good. We have many options, public schools, private schools, Christian schools, charter schools, and home schools. We know that “It is no hinderance to the knowledge of God to be educated. Rather it is a help” (Origin, c AD 248 ANF, 4.484)

The Psalmist notes, “Children are a heritage from the LORD; the fruit of the womb a reward” (Psalm 127:3). Every child is planned by the Lord, and “fearfully and wonderfully made (Psalm 139:13). As parents, we are rewarded, or entrusted with the opportunity to raise God’s gifts, his wonderful creations.

That should give us some perspective. But God also tells us his purpose in the family. Malachi 2:15 reads, “Has not the one God made you? You belong to him in body and spirit. And what does the one God seek? Godly offspring.” (NIV).

We must form our views of education by these observations. Education decisions, therefore, begin with these foundational beliefs. First, education is good, and it should be pursued vigorously. Secondly, education must in some sense aim at the knowledge of God. In a follow-up post (soon to be linked) I give the principled I derive from this, and my personal opinions. 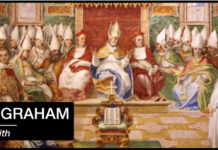 The Nicene Creed as a Philosophy of Life 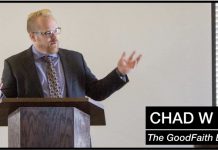 What did Jesus Believe About Marriage?