What the world needs now is  wisdom. The fate of the Western world hangs in the balance today.  It is in a serious, possibly terminal decline. Things are falling apart in education, politics, culture, and society. You and I need wisdom today. It is vital. It is the only think that can save the world. Wisdom, for Socrates, and Augustine, and today’s leading thinkers, is the only thing that will do. This is also the view of the wisest man who ever lived. He wrote:

“The beginning of wisdom is this: Get wisdom. Though it cost all you have, get understanding.” (Proverbs 4:7).

Will Durant, in The Story of Philosophy: The lives and opinions of the world’s greatest philosophers from Plato to John Dewey (Amazon; .ca; .co.uk), describes the 5th century BC as an age of “destroyed faith” and “disintegrated individualism” (p. 7).

RC Sproul explains, in The Consequence of Ideas: Understanding the Concepts that Shaped Our World (Amazon; .ca; .co.uk), how this Greek culture ended up with “a crass politicization of education, economics, law, and public works led to a decline in both substantive thinking and civic virtue, both of which are enemies to any democratic enterprise that thrives on compromise and the relativization of ethics” (p. 27).

Do we not live in something of the same kind of world today? If you need a political illustration, simply compare the speech that got the United States’ first Republican President (Abraham Lincoln) elected (NPR), with the kind of speech that saw the most recent Republican (Donald Trump) installed in the White House.

Why the World Needs Wisdom

With ancient Greece, as with today, the Western World hung in the balance, and it was not certain whether it could survive: “The ancient quest for the archē or ultimate reality had given way to a new kind of skepticism and pragmatism” (Sproul, p. 27).

Historians and Philosophers argue that “in his era Socrates was the savior of Western civilization. He realized that knowledge and virtue are inseparable— so much so that virtue could be defined as right knowledge. Right thinking and right doing can be distinguished from each other, but they can never be separated” (Sproul, p. 30-31).

Socrates, his student Plato, and Plato’s student Aristotle laid the foundations for Western thought and civilization. But their movement would begin to fracture in almost the same way in the Roman world of the 1st century AD. The Empire was tired, and a new wave of philosophical skepticism reigned. Sproul contends, “If Western civilization was “saved” from disintegrating into barbarianism by Socrates, Plato, and Aristotle, it may be said that the advent of Christianity and Christian philosophy had a similarly salutary effect” (p. 51).

Why You Need Wisdom

The Great Baptist Preacher, CH Spurgeon, in one of his Morning and Evening daily devotionals explained:

Wisdom is man’s true strength; and, under its guidance, he best accomplishes the ends of his being. Wisely handling the matter of life gives to man the richest enjoyment, and presents the noblest occupation for his powers; hence by it he finds good in the fullest sense. Without wisdom, man is as the wild ass’s colt, running hither and thither, wasting strength which might be profitably employed. Wisdom is the compass by which man is to steer across the trackless waste of life; without it he is a derelict vessel, the sport of winds and waves.

Or, in proverbial summary, “Do not forsake wisdom, and she will protect you; love her, and she will watch over you.” (Proverbs 4:6) 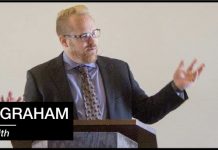 The Pursuit of Joyfulness